An aerial view of the defunct tarmac on the island. Before and after Photoshop treatment.

By now I am fully resigned to working on Isness as a lifestyle.
There are days when I feel cursed and days when I feel blessed to be bogged down in an imaginary world with no end in sight. I was reminded recently by somebody close, that my beloved father practiced a similar kind of meandering, labyrinth-like creative process. He, however, was a scientist. Isness has become, indeed, a laboratory in which no shortcuts are permitted.
Having said that, Isness Volume One is three quarters finished and all the other volumes roughly laid out. My interest and resolve about the project have not faded, even as I work simultaneously on other projects, with a shorter finish trajectory. My first short film Cooking with Connie is at a rough cut stage and will be reviewed and critiqued by my fellows at BFC in December. They are a smart bunch and help each other's projects realize their full potential.

A still from Cooking with Connie

This past summer has been very productive. Rachel Hahn of RISD was my intern and brought with her, besides a keen understanding of the project, genuine talent and diverse skills. 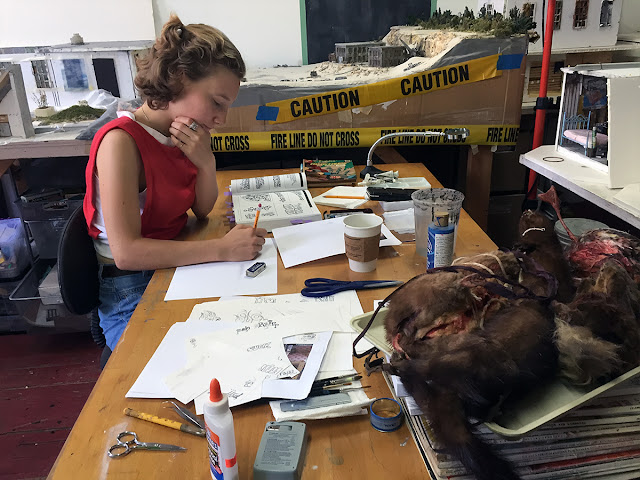 Rachel also happened to have the hands and a general physique reminiscent of Lars', so I recruited her to do some body double work. This is the second time I've used a body double for this project. Although I always knew I would use body doubles for the nude scenes, I found that hand close-ups are essential in my storytelling, particularly since the narrative is very object-heavy. My characters touch and hold a lot of things...We got closer shots of many objects that Toby Levin touched during the production, and some that were not in the original shoot or story at all.

Left: Toby Levin, as Lars, brandishing a fencing sword, during the action shoot.
Right: Rachel giving me a second chance for close-ups .

Left: Toby Levin figuring out how to rig a car battery to power a lamp.
Right: Rachel providing a close-up on an instruction booklet and wire-stripper that were purchased months later.

A while back I shot a body double for Lil' with Mina Jameson, who has perfect "Lil' hands"

This sequence, from the finished layout, has actor Catriona Rubenis-Stevens as Lil' on the left, while the 2 hand closeups on the right, belong to Mina.


Another goal we conquered this summer was  revamping the small diorama of Hunter's camp. 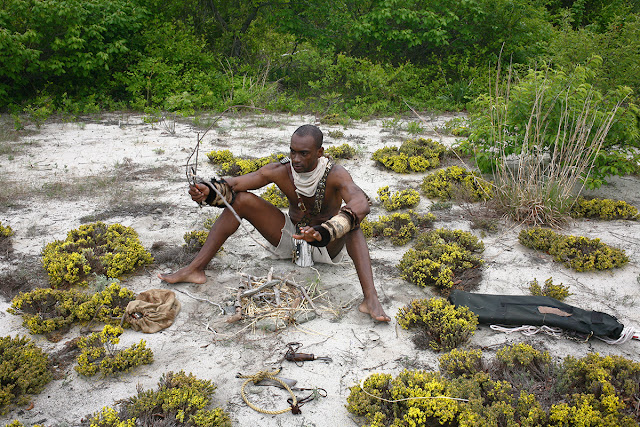 On location in Sandy Hook NJ.

To duplicate the terrain where shot the scene, I originally made a small diorama. It was enough for adding the essential tent and some miniature tools. 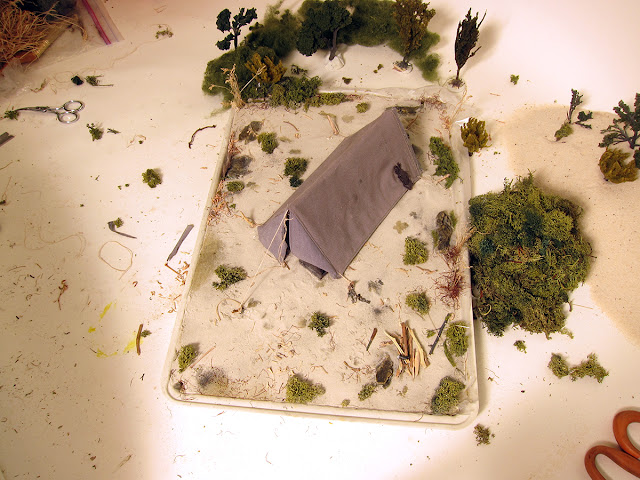 This time around, we included a replica of a log that was on the location (and pertinent to the story) and turned it into a defunct telephone pole. 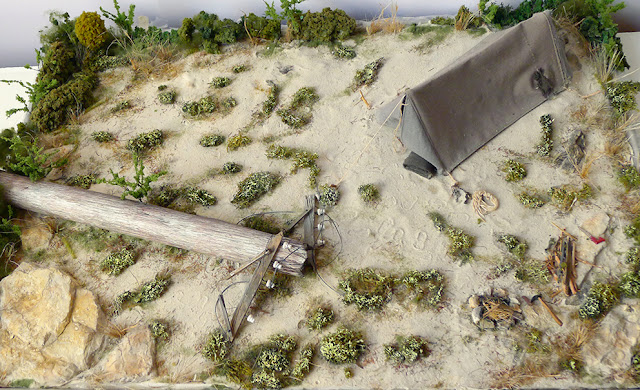 We also replicated the makeshift fire-pit that we threw together during the action shoot. Since at Sandy Hook no fires were allowed, I took the opportunity to burn a few matchsticks in the diorama for the sake of extra realism.

In the works for the past year, has been my growing collaboration with composer Tamar Muskal for the musical aspect of the novel. Tamar is an accomplished composer who has done work in genres ranging from classical composition to film scores. I feel very lucky to have such an accomplished and original composer on board. 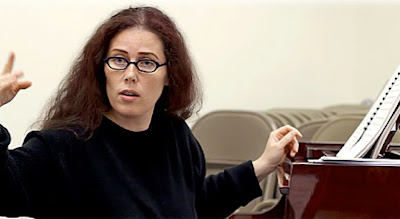 We are now in the arrangement phase of the first song and will hopefully be recording soon.
Volume one will contains the first song. Four visual spreads to accompany it and a flexi-disc record that will be inside the hard copy.

Regarding the all-important print and publish aspects of the project, I have no good news yet. Besides printing an occasional digital working-draft for myself at about $50 a pop, the cost of self publishing remains prohibitive and I have reached out to two publishers so far and will reach out to many more once Volume One is done. 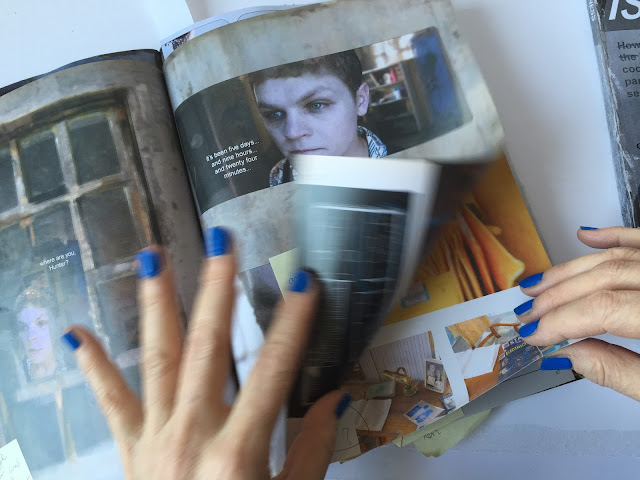 The latest digital draft has just been printed and being mailed to me. Hope to make a little video of it for my next post.