In the Trenches With an Insane Project 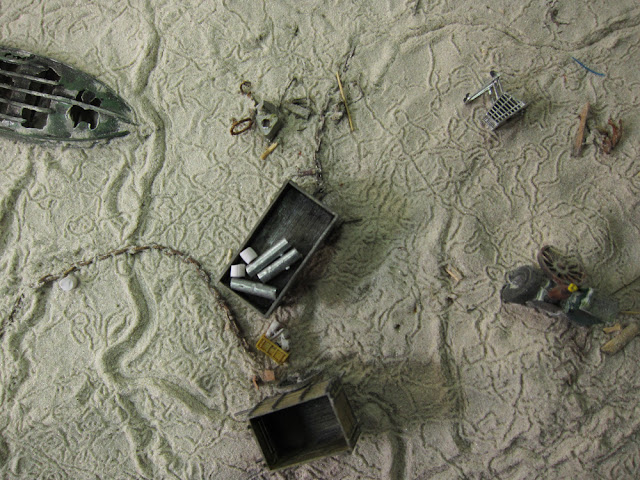 The strange larva infestation in the diorama has reached an unprecedented degree. There is not one square inch that has not been burrowed through over and over.

I've given up on trying to get rid of the bugs.


However, I went ahead and caught one of these guys and took a picture of him/her under the microscope. This one was about a 1/4" long at most and a very dynamic wiggler. Had no interest in posing for the camera and hated being out of the sand. 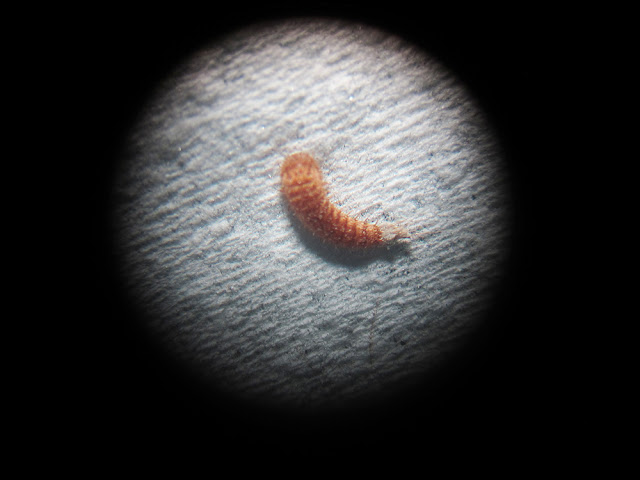 My google search revealed only that there were hundreds of species larvae out there. I doubt I will ever know it's position in biological taxonomy. 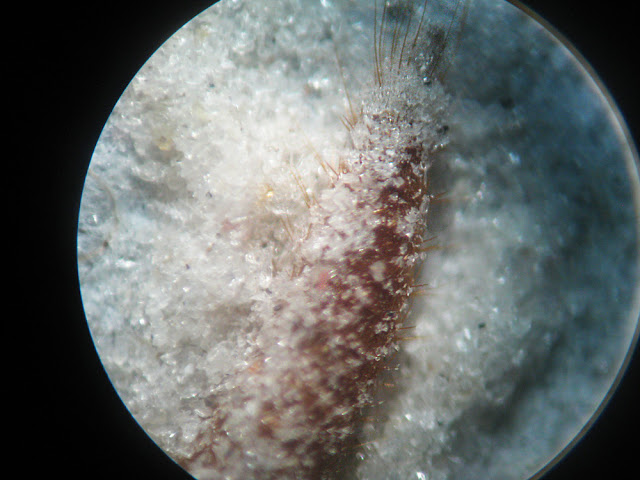 My characters have started moving around the finished first floor of the barracks they call home. As expected, there are lots of unexpected issues but also some happy surprises. In the unfinished composite below, the background and foreground are miniature, while the middle ground (couch and characters) were life size, of course... 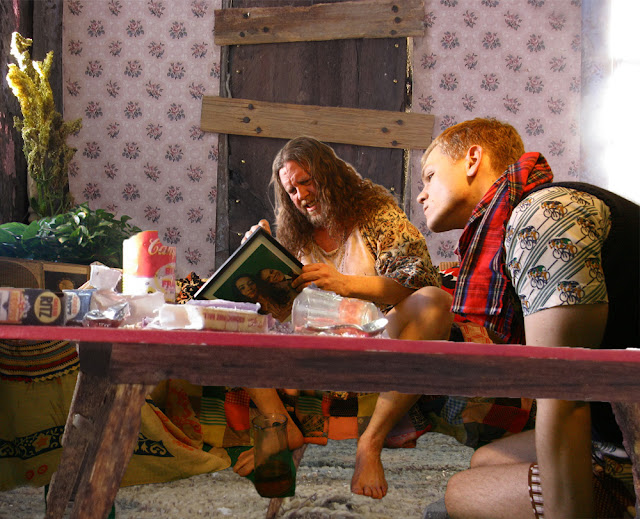 It's still a long way from here to the snug fit I'd like to see between the two scales but it looks promising.

Below, Petro is using a part of a gas mask to siphon his beer out of the jar. I was just about to cut the tube off and use it alone but then the association with Dennis Hopper in Blue Velvet (David Lynch 1986) was right there and irresistible, so we kept the mask part on. It's quite in keeping with Petro's personality, minus the psychopathic aspect... 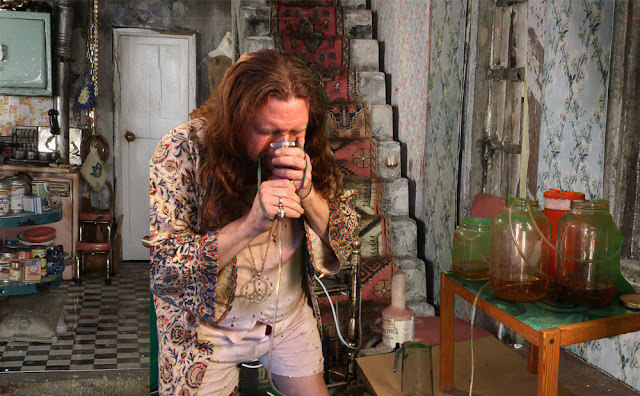 Talking about Petro's vices, growing miniature marihuana seedlings has been a bit of a struggle. I realized very soon that I won't find it in any dollhouse store and after a few experiments decided on the tiny leaves of fresh thyme as the little fledgling plants. After they dried I painted them lightly with green oil paint and... 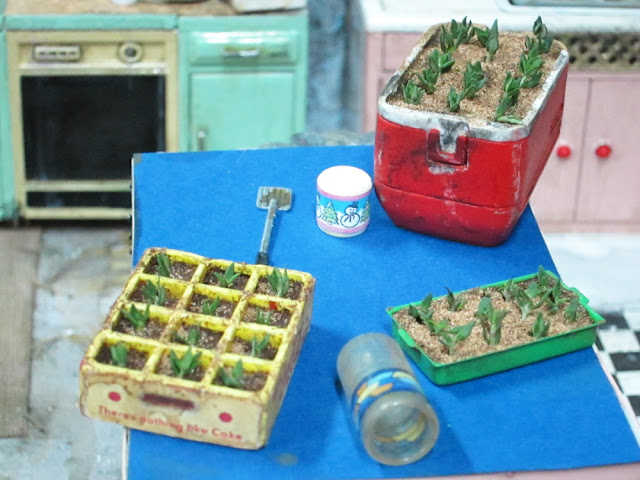 After a few weeks they grew into these lovely, heavily budded little plants: 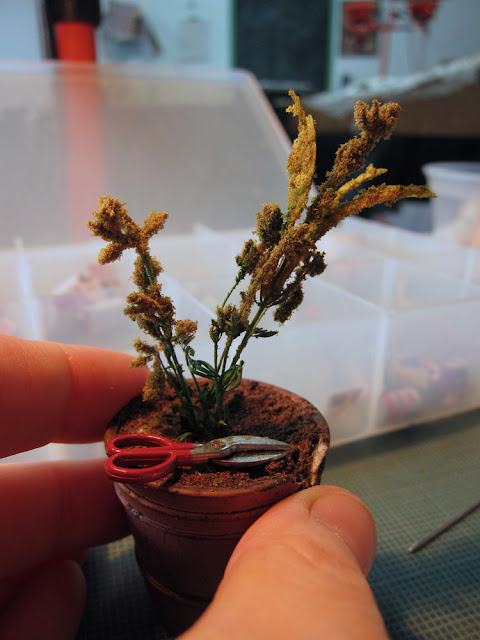 Just kidding. Don't even ask how I made these. Not altogether happy with them. Not that I actually know what marijuana plants look like, or ever grew them myself... ever... but these guys suck and will require some Photoshop grafts.

Anyway, to further demonstrate the insanity of this work, if you can make out the two pillows that are on the couch below (the one with hearts and the one squished between Nanna and Petro) and scroll down to the next image... 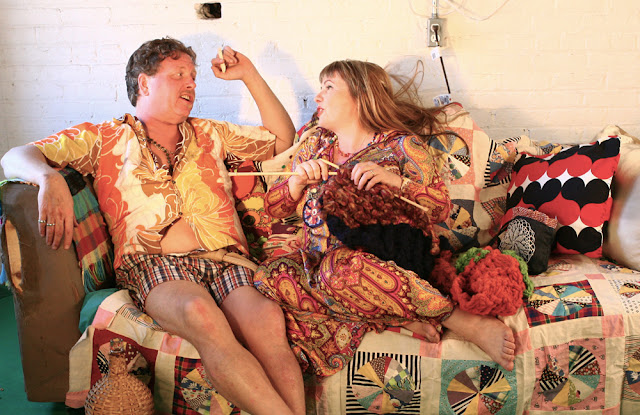 ...You will see their tiny replicas that will be placed in the house to create the continuity between the flashback and the time of the story. The large pillows were taken apart, fabric photographed, digitally manipulated and then printed out on fabric and re-sewn into their new tiny size. 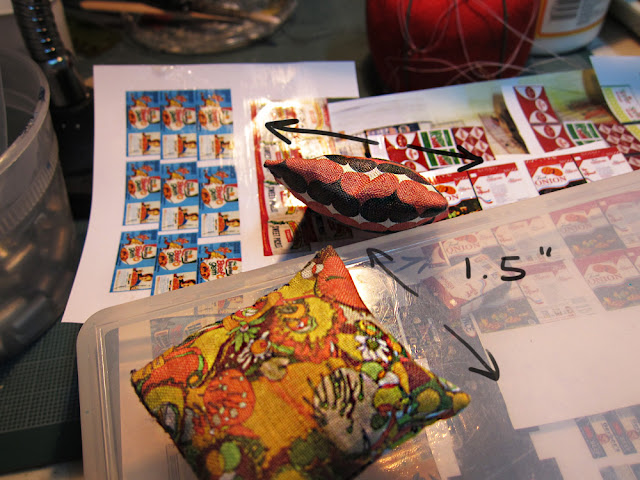 Below is an exploration of Natashia's room which as you can see will be marked by floral patterns and lots of fabrics and knick knacks. Her ceiling is wallpapered too. Thought it would be the kind of thing she would do. 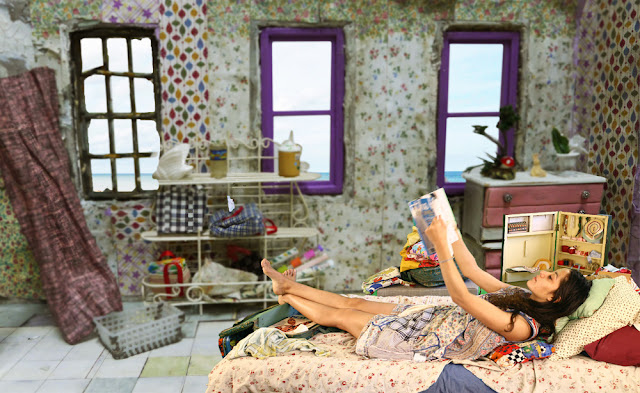 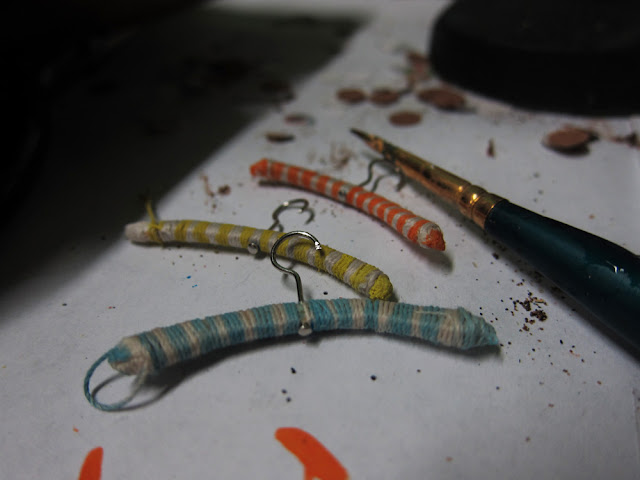 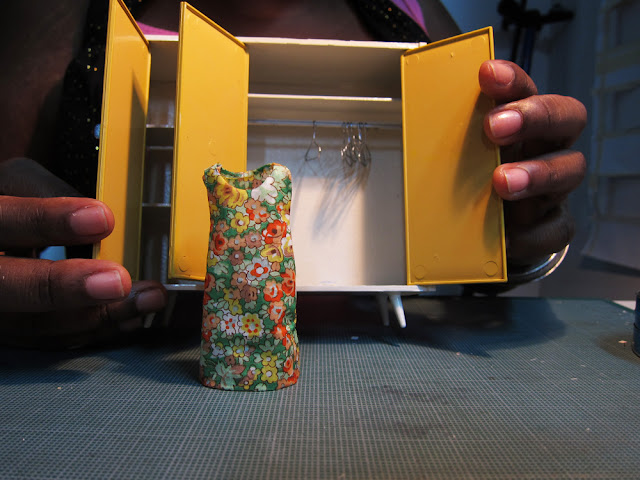 An interesting thing that Photoshop allows me to do is assign patterns or embroidery to plain fabrics. This strikingly out of fashion "black Americana" design gives this cloth a little more specificity and speaks to the racial issues in the story. (It's no secret that the older siblings, Natashia and especially Hunter, look nothing like their parents and their black origins are being spun into the story via a little flashback... 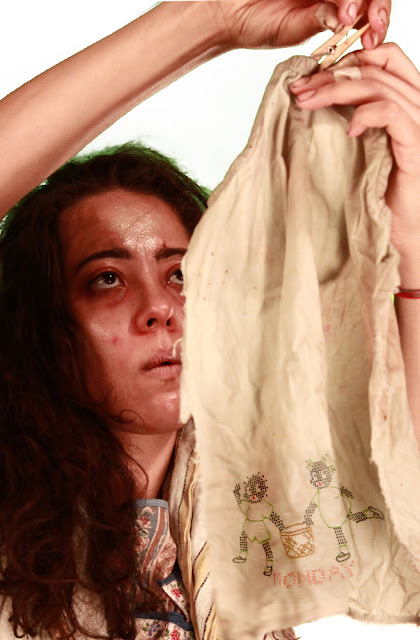 In fitting with the low-tech nature of the rest of the production, it's not surprising that my favorite tripod for the indoor shooting is stacks of adjustable bean bags... They are simply grains shoved into pantyhose. I have several of these in varying sizes and densities and they fit nicely in the small spaces without knocking over the furniture. 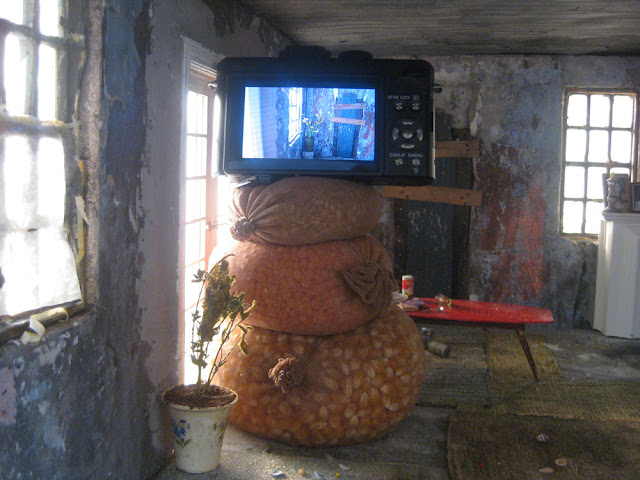 One of the more exciting developments that happened recently is the test prints, courtesy of a generous friend (to remain anonymous) who has access to a printing proofer. This is a large, expensive piece of equipment that I wouldn't otherwise have a chance to use. What it does, is simulate a CMYK printing press such as would eventually be used to print this project and thereby provide excellent feedback on color, texture and saturation levels. I think this has saved me a whole lot of trouble down the road! 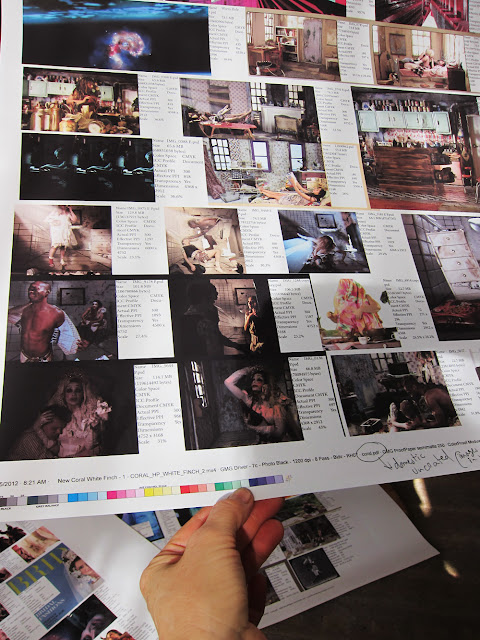 So that's the recent news from the arena of the epic, ever expanding, quagmire that I call ISNESS.

More of my recent pics are on Kickstarter, look at "UPDATES" http://www.kickstarter.com/projects/689242136/isness-a-photo-graphic-novel

Also, if you would be kind enough and "Like" my brand new artist page on FB! It goes a long way in building the kind of fan base that publishers want to see before committing to a print project!
http://www.facebook.com/sallweis

Thank You & bye for now!
Stevie