A friend asked me the other day how I cope with the epic, never ending scope of this project and the answer that came out my mouth was: "I deal with it like a chronic illness. I don't expect it to go away so I'm never disappointed". It made me think later about how this project is a sort of lifestyle in the way that sewing and knitting daily used to be my lifestyle, which made me think about how all my creative energy used to go into knitting a pair of socks, for instance... a million stitches to then be worn and scuffed to shreds in the darkness of a winter boot. "Women's work"... How lucky I am to have visited and enjoyed that work but to also have the option to choose another kind of epic  - and yes, chronic - work.

I have recently announced yet another deadline for myself and watched it go by. It was for the first volume online publication. I got sidetracked by a collaborative effort with musician Aurelio Valle which will actually benefit Isness in the long run. In exchange for a music video for his new, mesmerizing song Bruised and Diffused, he will create and arrange the first song to appear in conjunction with the 1st volume of Isness. Below is the "music" spread mock-up with a floppy vinyl I bought on ebay as a stand-in. 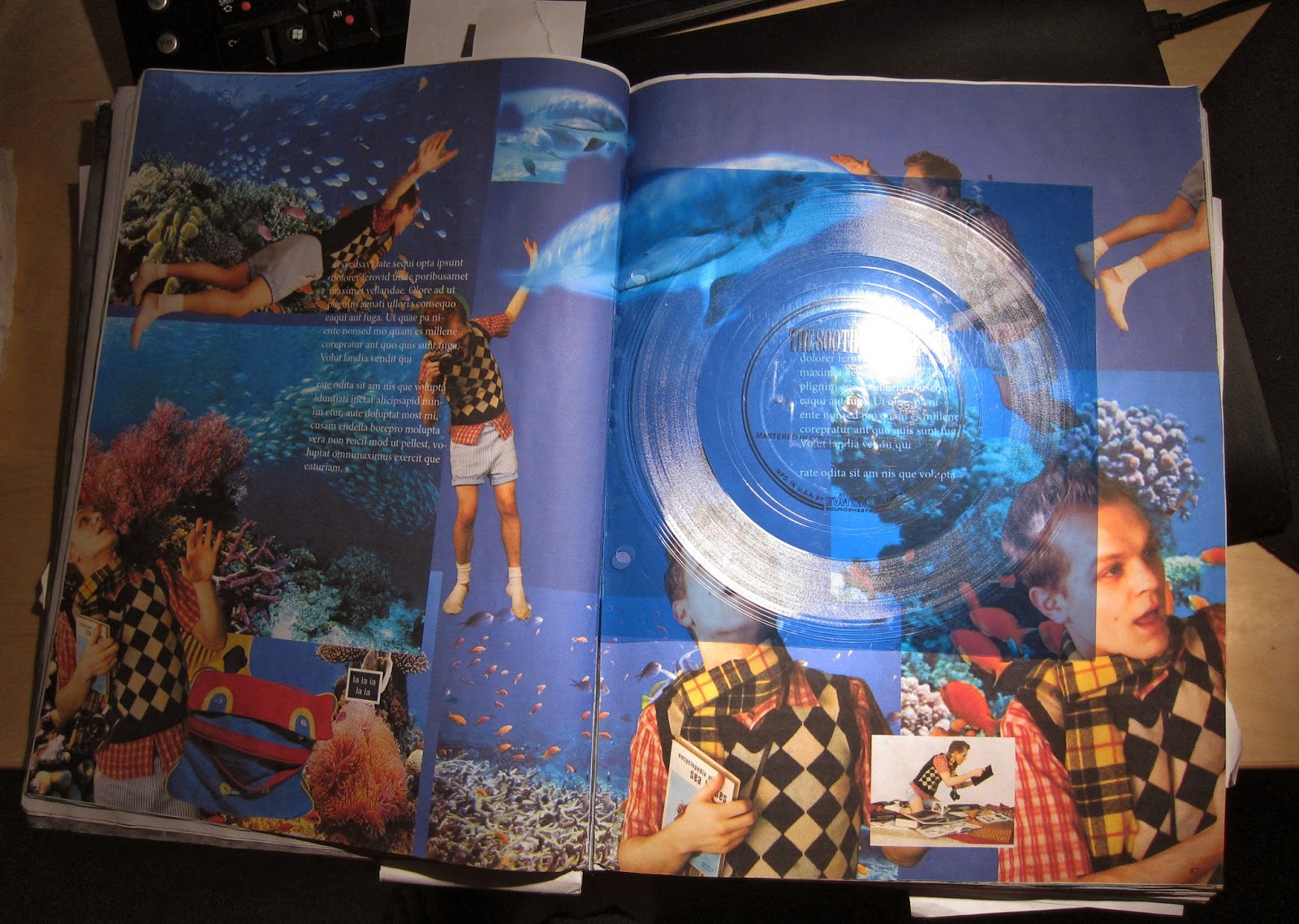 Another thing I'm noticing lately is how important it has been to have the help and support of others in this long term effort. Some people who've come to help at one point or another have become friends... Some friends have become helpers... I think I'll give a shout out to a few right now (more later) to acknowledge how much it means to me to have them say "YES" and "CAN do!" to this yet to be born brainchild of mine.


Thanks, Mindy, for many nights of miniature work! 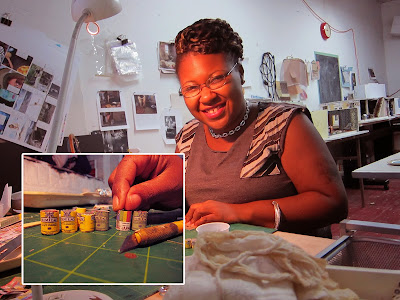 Thanks, Maggie, for endless scrutiny and observations! 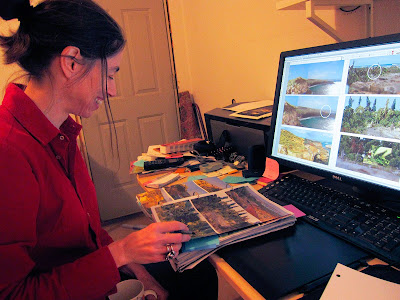 Thanks, Alex, for fantastic ideas, for being Isness' #1 cheerleader!
(What the heck are you doing in this pic, anyway?)

Thanks, Abbie, for jumping in with your amazing illustration skills!

Also thank you to Yunshu Chen who was my second intern to work on Isness and brought with her an excellent eye for details. (and hand!) 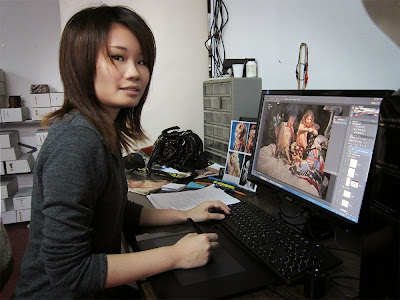 So I'm noticing that there are not so many men here on this helper list and making a mental note to recruit males and stop being so sexist.

That's all for now.
Check out my latest Kickstarter update.
Like my page please, & love each other.

Some Inspiration from Across the Atlantic

"How's your video thing going, or is it a slide show"?

I get a lot of genuinely interested question about my project and I'm always surprised how few of my acquaintances have successfully wrapped their minds around what I've been doing for the better part of the last 4 years. It's amusing really, and probably my own fault for not explaining it better.
To be honest, I'm confused myself... at times.

One annoying but oddly helpful thing people tend to do (and I'm as guilty as anyone) is to immediately scrounge through their brains and try to come up with something they're familiar with that resembles what they think I may be doing... I actually take notes and look into the films/books/performances they mention and most of the time find little resemblance and no inspiration, but not so with one project that was mentioned to me several time: Woman's World by Graham Rawle.

This Crazy Brit apparently spent 5 years dissecting popular ladies' magazines of the 50's and 60's to find the words that were just right to tell the poignant and psychologically complex story of a young woman named Norma and her brother, Roy. And when I say just the right words, I mean he actually cut out and pasted them into a book and printed the collage of it all.

The book falls into the category of "graphic novel" as well as literature because of this highly visual approach. The tenderness and nostalgia with which the collage is put together infuses the story with the love and loss which are at the core of the drama. I highly recommend it. Here's more about it. 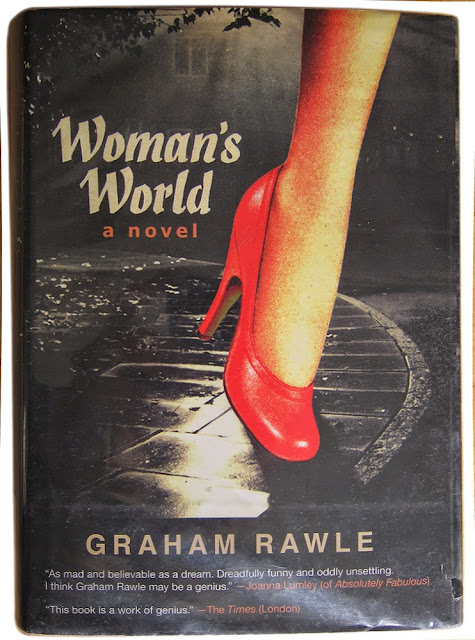 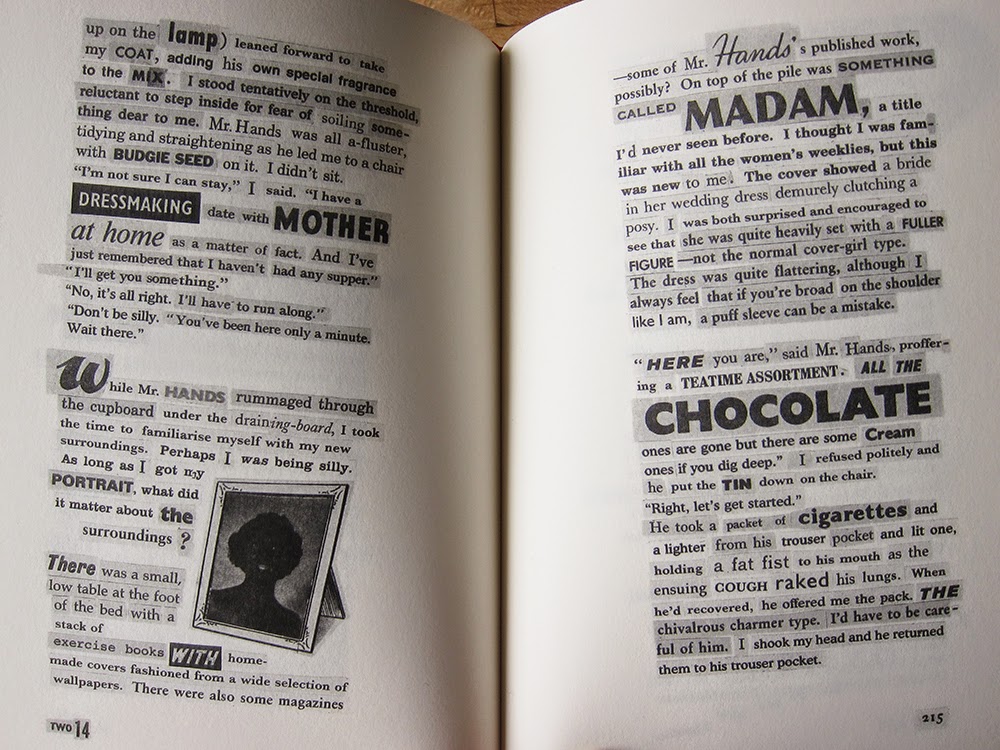 Below are a few samples from the work in progress: 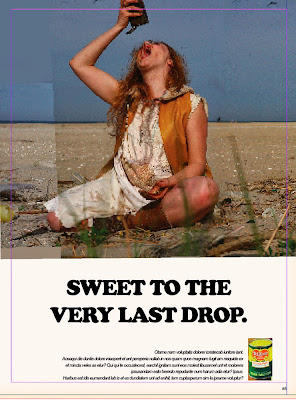 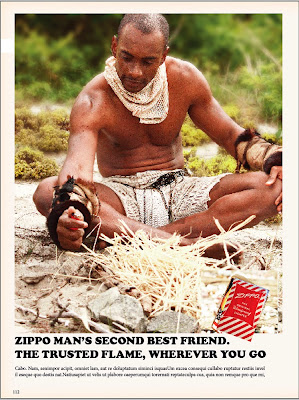 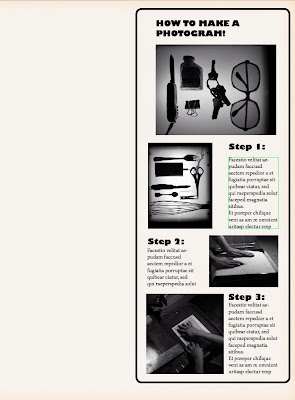