Yesterday's shoot was probably the most demanding one in the entire story, particularly for the actors.
I'm glad I saved it for later in the production. The trust and rapport we built over the last few months payed off in a huge way. Stunning, generous performances were given by Lee, Toby and Stephanie as they explored their characters' climactic moments. 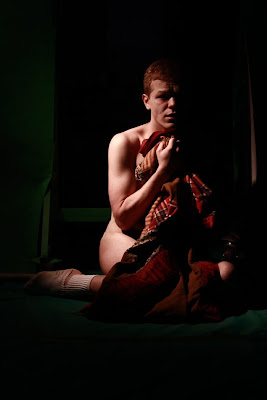 Image: Lelo Lourenzo
Lars' unraveling was both beautiful and painful to watch.
It was hard to resist the urge to run onto the set and "save" him. 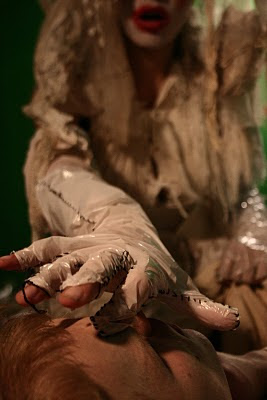 Image: Jen Storch
How much can you trust a recently deranged sister?
Lars will soon find out. 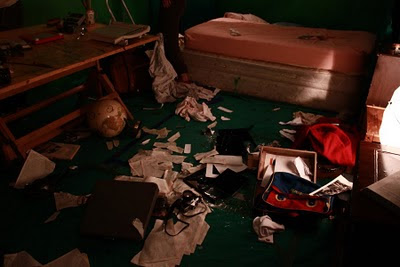 Image: Lelo Lourenzo
The aftermath of the explosive events in Lars' room.
We had to re-do the floor, there was so much broken glass.